Between 7 and 13 December 2013, I was able to attend the 20th Biennial Conference on the Biology of Marine Mammals at the Otago University in Dunedin, New Zealand.

At the start of the conference there were two days of workshops, all of which were very interesting and made it difficult to choose! Personally, I choose to participate in “Best practice principles for monitoring the effect of coastal development on marine mammals” and “Cognition and Self-awareness in Cetaceans: A review of ethical implications for conservation laws”, two very intriguing and interesting topics, which made the days go by quickly! This weekend of workshops ended with the IceBreaker at the Museum of Otago, where we were able to come together and catch up with all the friends and colleagues that had arrived by that time. 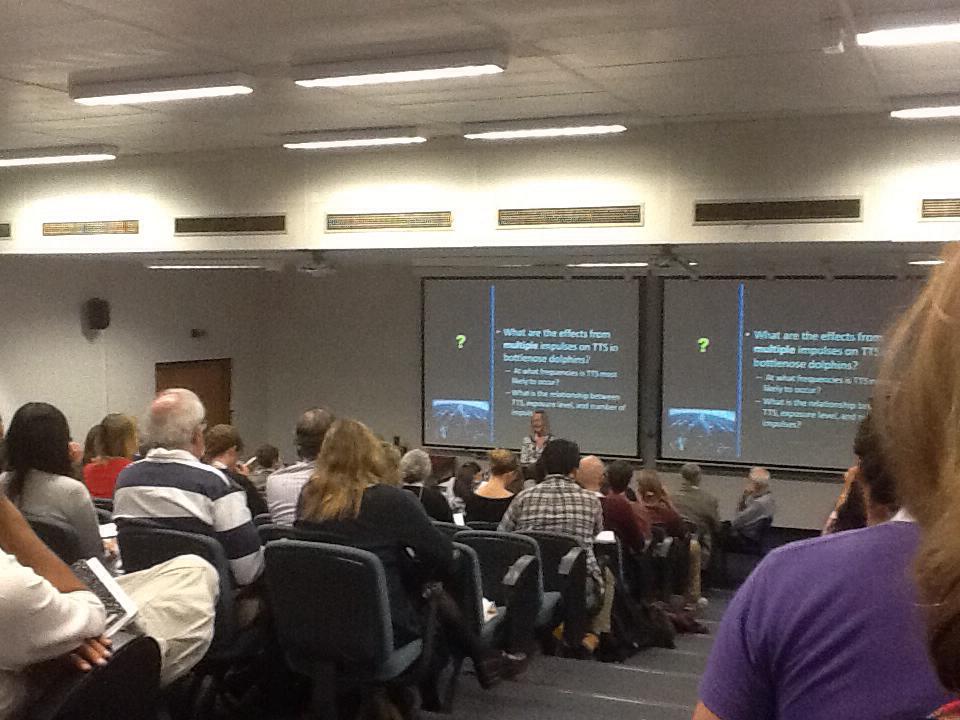 On Monday morning, the plenary sessions were initiated in the Town Hall of Dunedin. A few keynote-speakers such as Dr Barbara Taylor and Dr. Lorenzo Rojas —who gave a presentation on the endangered Vaquita, ensured the excellent kick-off of this conference. And to end this first successful day, a panel discussion was held on “humane killing of marine mammals”, a very hot topic leading to interesting discussions as you can imagine.

The following four days were filled with conference talks, speed talks and poster presentations; they were full days of rushing from one conference room to the next, listening to all the presenters and the interesting questions that followed. And off course, there was a lot of chatting and discussing in between with all the friends and colleagues present, and believe me, there were many from all over the world!

From serious talks and hot discussions to chatting over a beer and dancing all together, it was the perfect opportunity to meet many of the older ánd younger scientists currently involved in marine mammal conservation.